We are very fortunate to announce two exceptional coaches for the 2022-2023 season that are committed to working with the players to help each of them reach their full potential: Jake Drewiske and Kris Wilson. These coaches demonstrate a passion for teaching players to excel while also demonstrating the high standards at Sno-King for character and caring for the families that choose to be part of the Sno-King community.  In addition, Sno-King prides itself on delivering a cohesive coaching plan and process connecting its coaches to maximize support and development across all ages and levels. 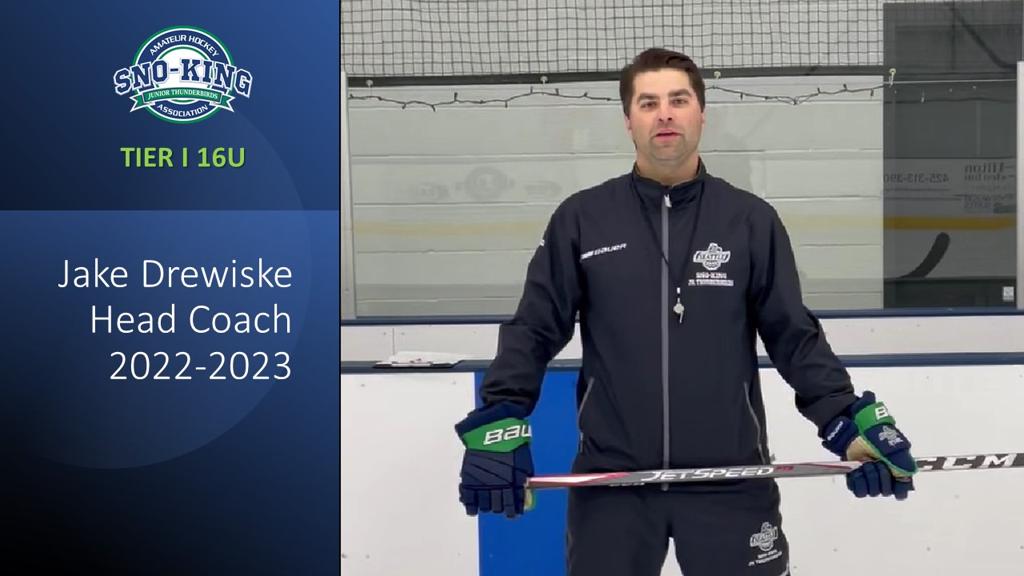 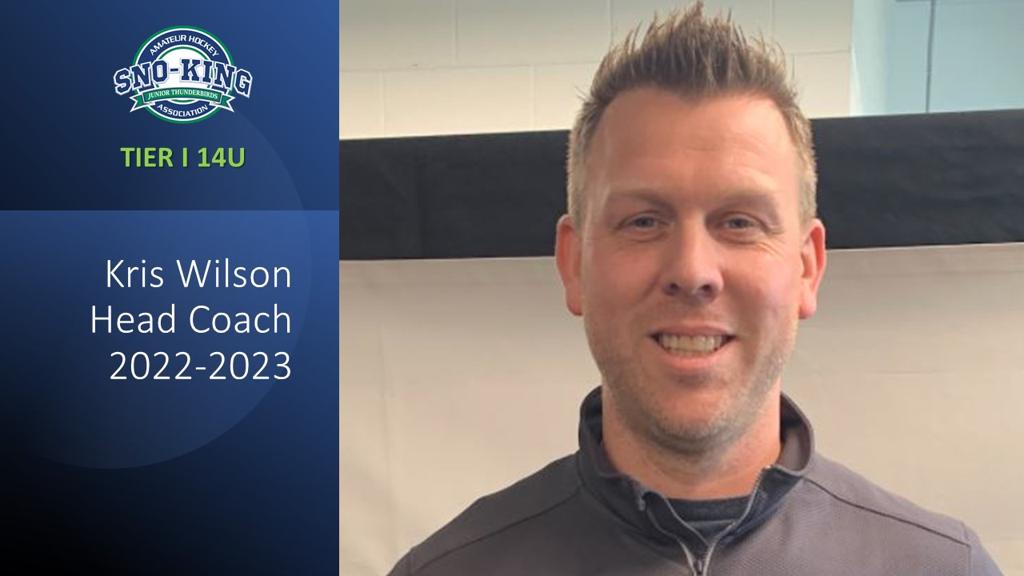 16U Head Coach Jake Drewiske:
Sno-King is thrilled to announce Jake Drewiske as the new Head Coach for the SnoKing Jr. Thunderbirds 16U AAA team. Many know Coach Drewiske as both a Sno-King Skills Coach plus the Associate Coach for the 16U AAA team for the last two 20-21 & 21-22 seasons. He assisted to lead the 16U AAA team as they captured the ECEL League Championship and Tier I PNAHA State Championship. Jake is a former USHL (Junior A Tier 1), Division I, and professional hockey player. Aside from his playing career, he has been an assistant coach for 5 seasons at the AAA level. He has also helped coach High School hockey in Wisconsin where his team won 4 of the last 6 high school state championships. Jake’s foundational philosophy is to prepare and develop young athletes into confident respectful hockey players. He and his wife, Jessica, reside in South Lake Union with their two young kids, Kennedy and August. Jake and his family are thrilled to embark on this 16U AAA hockey journey with their extended Sno-King family.

14U Head Coach Kris Wilson:
Sno-King is very pleased to have long-time successful coach and current Sno-King Skills Development Coach Kris Wilson committed to coaching the 14U AAA team for his third consecutive season. Kris led the 14U AAA team to a State Tier 1 AAA title this past season along with an overall season record of 38W-13L-3T. The 2021-22 season had much success winning multiple tournaments and sending 12 players to the USA Hockey Pacific District Select camp. Kris has an impressive coaching resume and connects very well with players at all levels and ages. He also brings extensive experience playing and coaching as well as in leadership roles for youth hockey programs. He played junior hockey for the Surrey Eagles (BCHL) Jr. “A” team for 4 seasons. In His last season with the Eagles, Kris was named team captain and helped his team to a Royal Bank Cup National Jr “A” Championship. Kris moved on to play at the University of Wisconsin-Superior. During college, Kris won several awards and his team played in the NCAA Division III Frozen Four for 4 consecutive seasons winning the national championship in the 2001/2002 season. He later played professionally in the Central Hockey League. This will be his 18th season working with youth hockey players in the Seattle area.

Tier II Information:
In addition to these Tier I teams, we will continue to operate our highly successful developmental Tier II programs at the 18U, 16U (youth and girls) & 14U (youth and girls) levels with the addition of a 16U B team. Detailed information regarding these programs will be released shortly. It is highly recommended that all players at the 16U & 14U levels register for these tryouts as it gives players the opportunity to self-evaluate their skills and be seen by the coaches at all levels.

Please join us in welcoming Coach Jake Drewiske and Coach Kris Wilson to our roster again next season. Click here for more info about 2022-2023 tryout dates and registration.