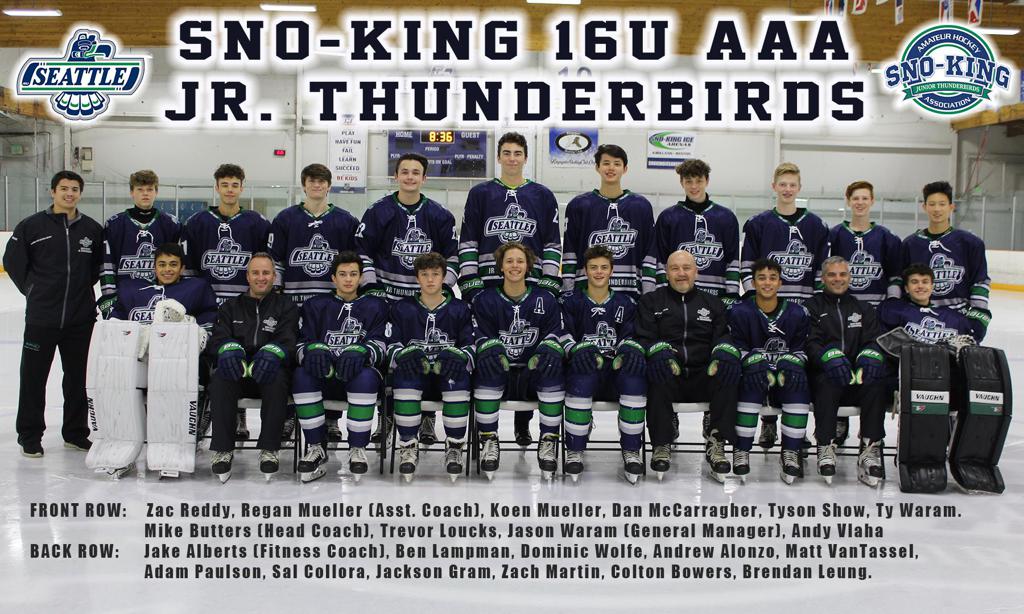 Collora, 16, was undrafted in the WHL Bantam Draft but was invited to Hurricanes training camp this season. The product of Woodinville, Washington currently plays for the Sno-King 16U AAA team in Seattle and has 2 goals and 8 assists in 9 games thus far this season. The 6’3”, 185-pound forward appeared in 35 games with the St. George’s School Elite 15s last season collecting 30 points (10g-20a) along with 16 penalty minutes.

The news of Collora’s signing is special as it marks the first time this season a local Seattle hockey product has signed with a WHL club, something Sal has taken to heart. “I am extremely excited to give my commitment to Lethbridge and continue to build my game in order to be prepared for what comes next.”

The road Collora took to get this point had many turns, according to Sal’s father, Sal Sr. “After playing locally through his 13 year-old season, we decided as a family to have Sal play at Yale Hockey Academy in Abbotsford, BC. The next season, Sal was recruited to play at St. George’s School. After two successful seasons there, we decided to have Sal return home to play at Sno-King. As a family, we are thankful for his opportunities and the chance to come home for one season before he continues on his hockey journey.”

Collora Sr. said the choice to return to play for Sno-King and coach, Mike Butters, was an easy one. “In returning home, Sal has the combination of attending a great school in Woodinville, living at home again and playing for the region’s top team and coach with many of the area’s top players he grew up with. It is a great fit.”

16U Head Coach, Mike Butters, was equally excited about the signing. “Sal has the size and ability to compete and perform at the WHL level down the road. Peter Anholt (Lethbridge GM) and I had a good conversation about the plan for Sal and their continual conversations and scouting visits have paid off.” Butters added, “It is a proud moment for Sno-King, Sal’s teammates and myself, as his current coach. While this signing merely marks the beginning for Sal, I have all the confidence in him to shape his game in the right fashion.”

The 16U team travels to Boston this week to participate in their first ECEL showcase of the young season.

The Sno-King 16U Jr. Thunderbirds returned from the Islanders USPHL Showcase this past weekend with much to celebrate about. The team enjoyed some on ice success, got to see some of the best competition on the east coast, and met an NHL Hall of Famer all in the same weekend.

The T-Birds  entered the showcase on a roll, winning 10 of their last 12 games and were hoping to compete against some of the USPHL's best. They did just that.

The team arrived Thursday afternoon and after a long day of travel, got settled in to their hotel where they watched game footage of their upcoming opponents to prepare for the 5 games that lay ahead. Their first match up was against the Connecticut Rangers. The 'Birds came out hustling and scored just :31 seconds in when Phinny Weston banged home a rebound from a Ty Waram shot to lead 1-0.     It was all Sno-King as they added 3 more goals, including an empty net, short handed goal from Weston to give him two for the afternoon and Sno-King a 4-0 victory. Sno-King outshot the Rangers 40-13 and goaltender, Andy Vlaha, went the distance to earn the shutout.

The team had just enough time to refuel and grab a little rest as they then played at 7:00pm vs. the Jersey Hitmen. Sno-King again scored first on a laser from Trevor Childears to give the visitors an early 1-0 lead. Jersey answered back before Sno-King scored 2 more times in the first period to gain a 3-1 lead. The second  period saw Jersey draw within one after a goal with just 6:18 remaining in the period. However, it was all Sno-King after that as the Jr. T-Birds scored 4 straight times, cruising to a 7-2 win. Childears and led the way with 2 goals, with singles going to Klenk, Alonzo, Loucks, Schleusner, Weston and McCarragher. Bailey Bradford 6 of the 8 Hitmen shots he faced. Sno-King launched 38 shots at the Jersey netminder.

Game 3 was an early affair. The 8:;00am game Saturday was against Philly Hockey Club, who entered the game with impressive stats. Sno-King again started their scoring early to lead 3-0 after one period. The teams traded 2nd period goals and did it again in the 3rd before Sno-King scored one last time to cap a 6-2 victory. Stirling Nash led the way with 3 goals and 2 assists for the Big Blue. Others scoring goals were Waram, Ojala, & McCarragher. Andy Vlaha stopped 13 of 15 shots and the 'Birds outshot Philly 33-15.

After a quick bite to eat at Boston Market, the team returned to face the NY Aviators AAA team who were were  coming off an upset victory of a top 10 ranked opponent. As was consistent with the previous games, Sno-King scored first. Chase Ojala converted on a nice cross crease feed from Nash to give Sno-King a 1-0 lead. NY pushed back by tying the game up but it was the boys in Blue and Green that kept pouring on  the goals as they skated to a 5-2 win. Ojala, McCarragher, Geddes, Klenk and Waram all scored for Sno-King and the  'Birds outshot NY by a narrow 26-24 margin. Bailey Bradford went the distance for Sno-King, stopping 22 of the 24 shots he faced.

The string of 4 victories set up a meeting with the Hartford Wolfpack on Sunday morning. Many would summate that fatigue would play a big factor on the Sno-King team as they played a total of 5 games in less than 3 days. It turned out that that wasn't to be the case as Sno-King as they outshot the Wolfpack 34-9, cruising to an impressive 8-1 win, tops amongst all teams at the showcase. Stirling Nash earned his 2nd hat trick of the showcase and chipped in an assist, good enough for tops in scoring for the showcase. Also scoring for the T-Birds were McCarragher, Geddes, Klenk and Ojala (2). Andy Vlaha 8 of 9 Hartford shots.

With 6 hours to kill before their flight, the team went to downtown Boston to take in the Freedom Trail, where they were educated on some rich US History such as the Paul Revere House and the site of the Boston Tea Party among other landmarks. Just when the team thought the weekend was over, they were treated to an encounter at the airport with Willie O'Ree. O'Ree was recently in Boston, fresh off his induction into the Hockey Hall of Fame. The team got their fill of photos and were each given a signed Hall of Fame card by O'Ree and were treated to several stories along the way.

Next up for the T-Birds is a couple of days of practice before Thanksgiving. They then head to BC this Friday for 4 games over the weekend.

In their second big tournament of the year, the Sno-King Jr. Thunderbirds put up an impressive 3-0-1 record at the Honeybaked Tier 1 Classic, this past weekend, in Detroit, MI.

The tournament featured some of the top Tier 1 teams in the country and was attended by 16 teams at the midget level. Scouting was a mainstay all weekend as scouts and recruiters from NCAA, USHL, NAHL, OPJHL, among others were present.

This year's tournament was a marked improvement from last year where the team went 1-3 with their only win coming against a 15U team from Chicago.

The team's other big tournament of the year was last month in Boston, where they ran up a 5-0 record vs. USHL Premiere teams.

T-Birds Head Coach, Mike Butters, was pleased with the team's record, despite an uneven performance. "What was especially noticable was that we really didn't have a great weekend, performance wise. That said, the team competed hard and managed the games well to secure our victories." Butters added, "Our two victories vs. York and New York were solid efforts with execution. While we struggled against both Jersey and Esmark, we executed at the right times to secure points. I am encouraged by our progress and several players had good weekends."

The T-Birds won't get much time to rest as they return home Sunday, practice Tuesday and Wednesday and get back to their PCAHA league schedule on Thursday, Friday, and Sunday (2). 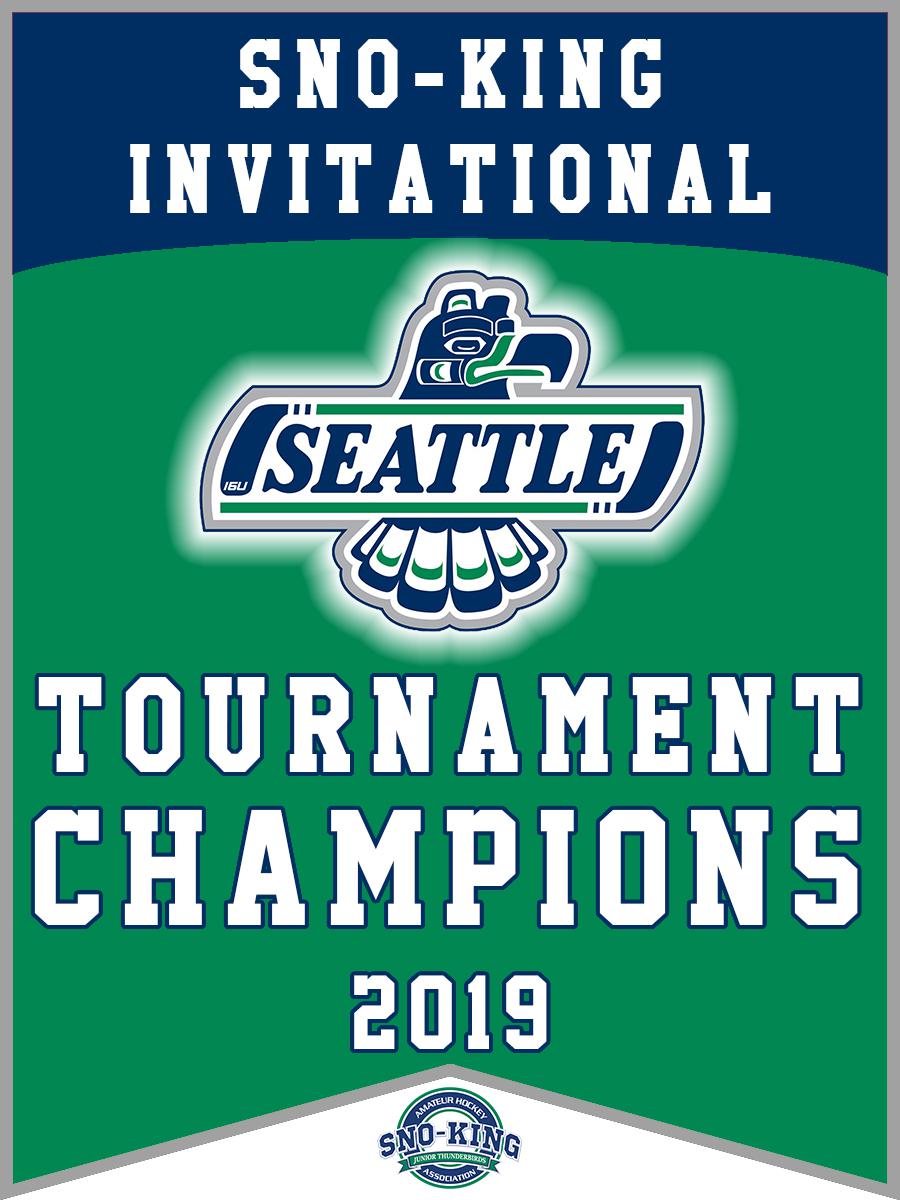 The 16U AAA team opened their 2019 Home campaign with a bang as they won their host tournament for the second year in a row.

Sno-King opened the first day of the tournament with convincing wins over the West Coast Renegades 5-1 and the Cloverdale Colts 6-3. They dropped their final game of the round robin portion of the tournament 3-1 to Wenatchee.

In the semi final, it took overtime to launch the 'Birds into the final. Despite out shooting the Cloverdale Colts 52-17, it took the overtime heroics of assistant captain, Danny McCarragher to put Sno-King through to the big dance where they would face the West Coast Renegades. West Coast upset Wenatchee in the other semi-final by a 5-4 score.

The final was all Sno-King as they scored early and often, en route to a 8-1 win.

Kirkland, WA 11-17-19– The Sno-King Jr. Thunderbirds 16U AAA team are pleased to announce that forward, Sal Collora, played in his first WHL game this week.

The Lethbridge Hurricanes recalled Collora this past week and after a team practice this Tuesday, Collora was informed he would dress in the Hurricanes’ Wednesday night home game vs. the Swift Current Broncos.

Collora, 16, was inked to a standard WHL player agreement earlier this month.

Collora saw a regular shift in the ‘Canes 4-1 win and recorded a plus 1 rating. Collora was on the ice when NHL 1st round draft pick, Dylan Cozens, scored. While he didn’t receive a point on the play, Collora set a solid pick in front of the net, which freed up Cozens for the tally.

Collora will be with the Hurricanes for the next 2 weeks as they make their west coast swing before returning to the T-Birds at the end of the month. According to T-Birds Head Coach, Mike Butters, Collora’s call up is part of the process for many 16U players. “Sal has been playing well of late and his call up gives Lethbridge a mid-season look into what he could potentially offer to them next season.” Butters added, “It’s a process for these young men. They get a glimpse of what it takes and what they need to do to stay there. If Sal continues to progress, these types of call ups will be commonplace.”

The 16U team travels to Wenatchee this week to participate in their BCHL Midget Showcase. 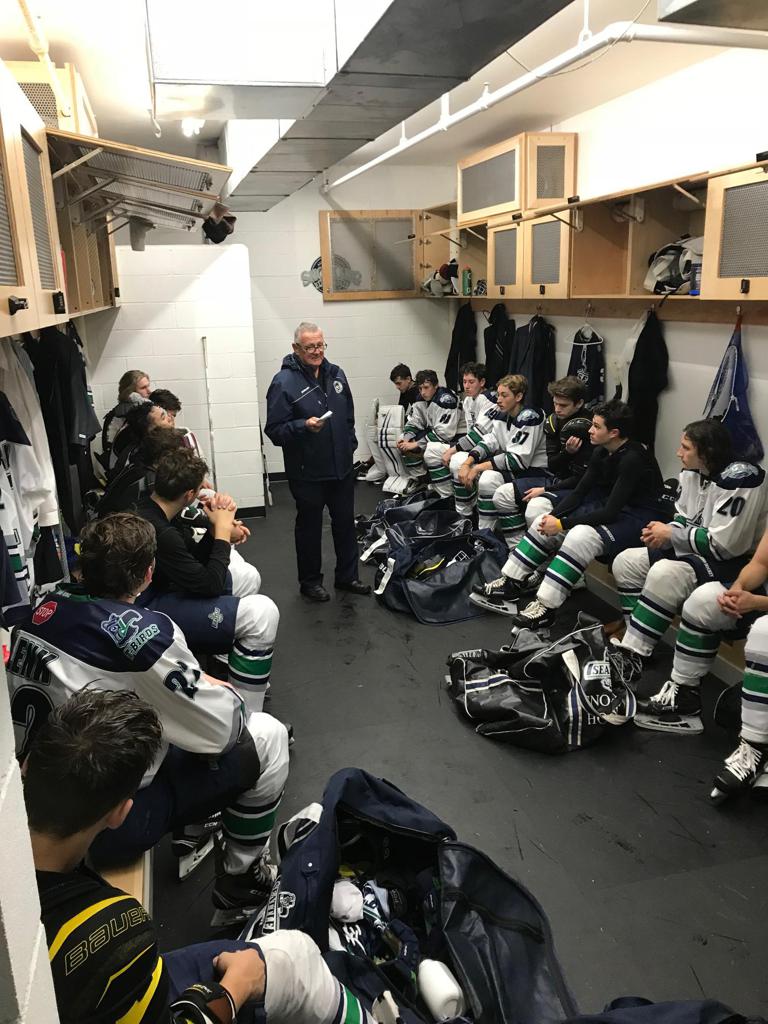 Roy Henderson (Langley Rivermen) speaks to the 16Us after their game. 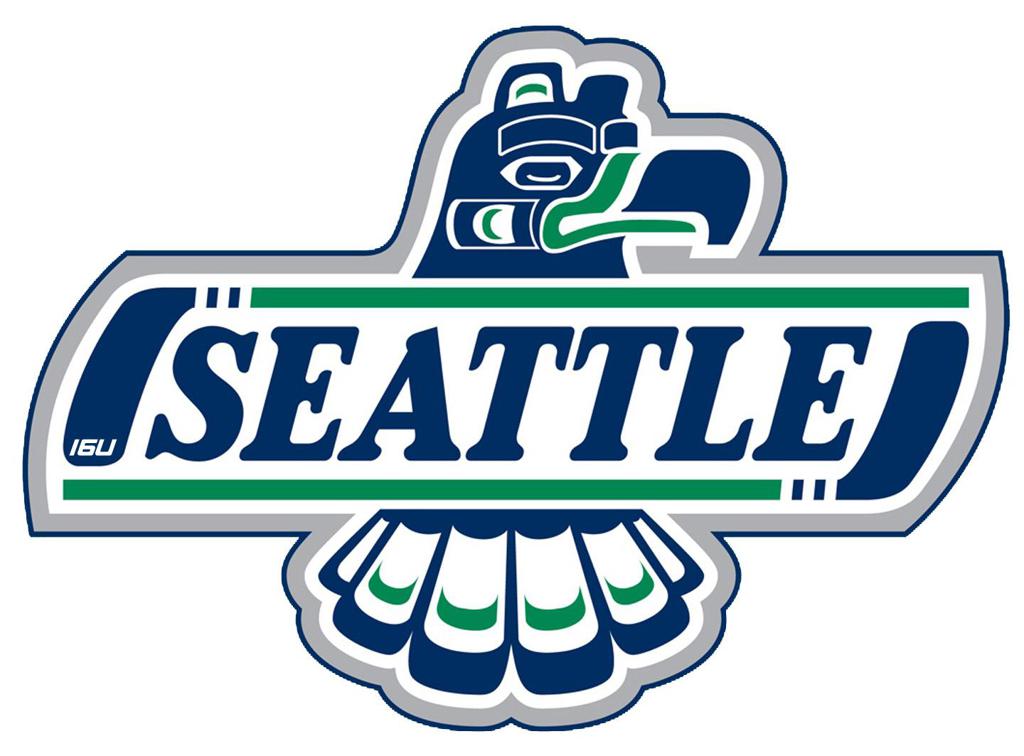 The final game of the Sno-King Invitational Tournament

While we still have plenty of great hockey to go this season, we are excited to announce that the schedules for 2020 Spring and Summer Hockey camps and clinics have been posted online and registration is open!

The schedule includes a variety of exceptional hockey camps, clinics and off-season playing opportunities that are equal to or better than what other more publicized and expensive camps offer in the area. The camps are run independently from Sno-King Amateur Hockey Association but the instructors include members of the Sno-King coaching staff, past players, and players from college and junior programs.

There are opportunities for all age groups and they cover a broad range of activities from skating, stick handling, checking, shooting, defense, 3 X 3 games, goaltending and other fundamentals.  Click the links below for a listing of our current available camps and clinics by each level:

If you have any questions please contact Jamie Huscroft at Jamie@snokingice.com. 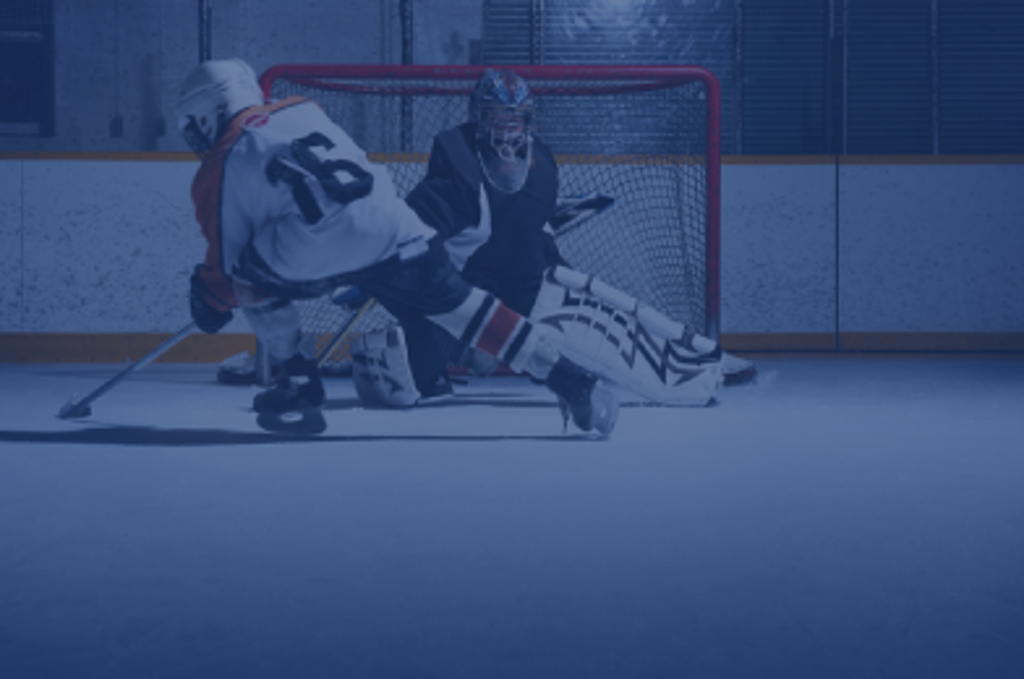